This guide will walk you through the process of creating a simple script in Lens Studio. You'll learn how to create a Script resource, connect your script to a Scene Object using the Script Component, and finally trigger the script from a Lens Event.

The script you create in this guide will add an oscillating bounce movement to a 3D object.

This walk-through touches on concepts from the following guides:

To follow this guide, you'll need to set up a Lens Studio project that has a Scene Object with a  Mesh Visual component. You can use any mesh you like.

With our Scene Object ready, we can now prepare a Script Resource.

Give the newly created script a name that describes what the script does. Rename it to Bounce.

You can open the Bounce script in either Lens Studio's internal editor, or the external text editor of your choice.

To open your script in the built-in Lens Studio editor, double-click your Script in the Resources panel. This will open up the Script Editor. 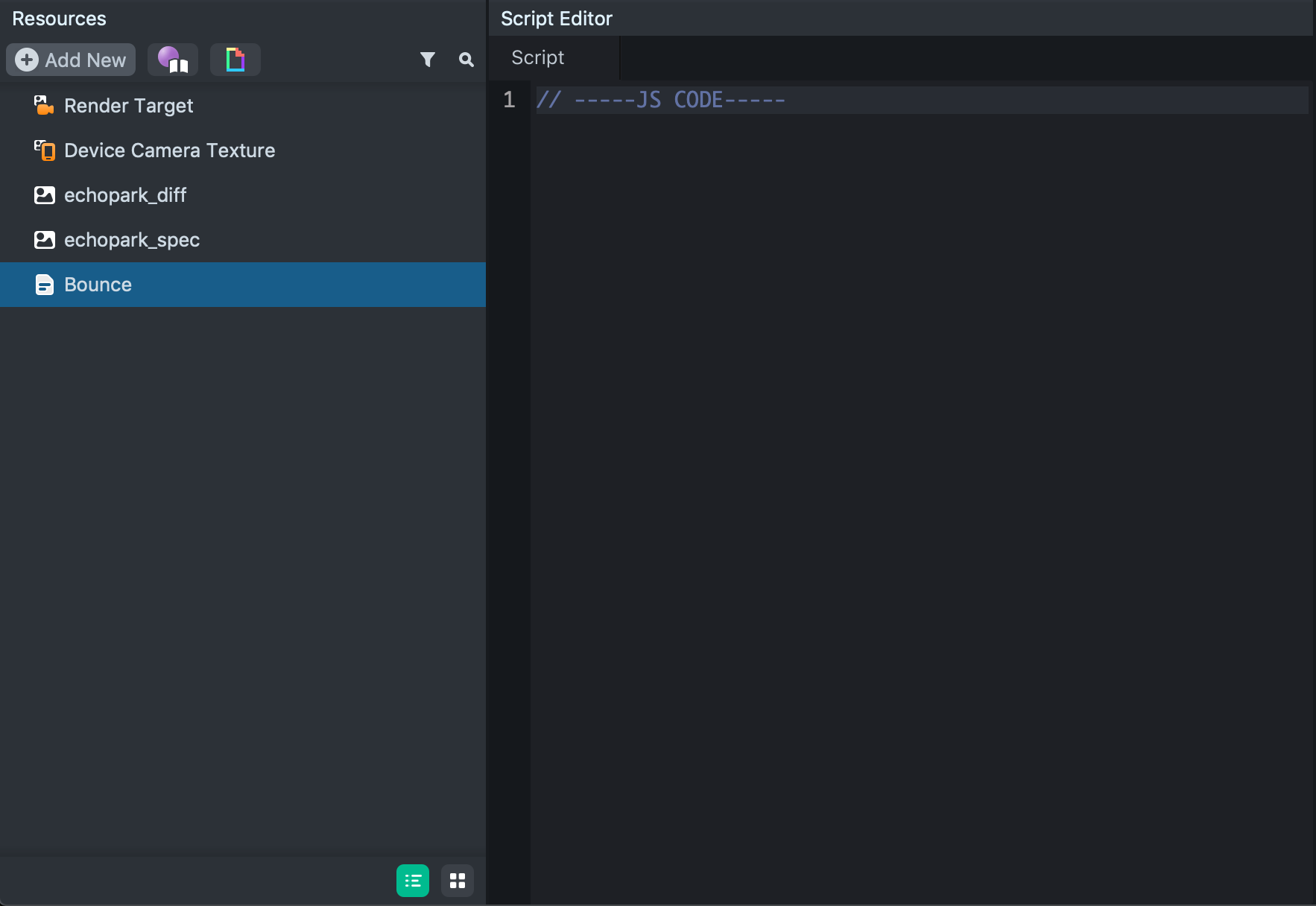 Scripts in Lens Studio are triggered by assigning them to Events on a Script Component.

On the Script Component you just added, select Add Script.

In the selection dialog that pops up, select the Bounce script you created earlier. 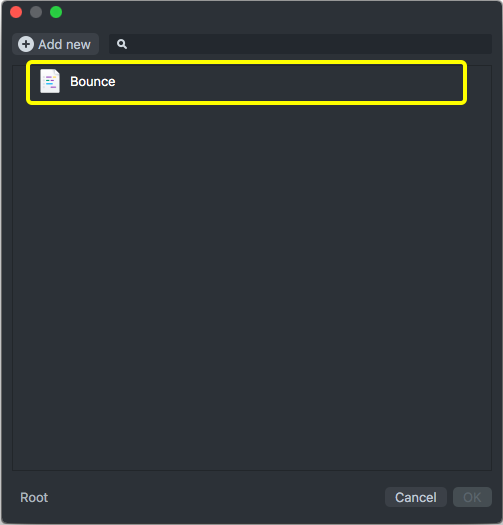 We can now write the code for our project. This code will continuously bounce a 3D object up and down.

This section breaks down each part of the script's code. The completed script is provided at the end of this guide.

Properties are variables used by a script that can be edited live in the Lens Studio Inspector panel.

For this script, we will define two properties:

Add the following line to your script:

The Script Component you added to your Scene Object should now be updated with these two properties. Note that the Inspector panel view reflects the default values defined in the script.

Properties
To learn more about properties, visit the Scripting Overview

It's possible to create a custom Inspector interface for your Script Component properties. This is especially useful when you have properties that need tuning.

In the case of the Bounce script, it would be handy to adjust the speed and range properties of the bouncing motion using sliders.

To create the custom UI, update the property definitions in your script as follows:

You should now see the speed and range properties represented as sliders in the Inspector panel.

Let's complete the script. Add the following code to your Bounce script, below the property definitions:

Because we bound this script to the Frame Updated event in the Inspector, this code will run every frame, adding an incremental change in position to the Scene Object's transform.